The Coming One World Government

Some day the events of Ezekiel 38 & 39 will occur as a Russian leader whose title is Gog seeks spoils of some sort in the land of Israel. It might be the minerals in the Salt Sea or the recent natural gas finds off shore of the land allotted to the tribe of Asher. Some have conjectured that he might have the Arab oil as his actual target using Israel as a stepping stone to get to it. In any event the Bible teaches that God leads a coalition of Arab Muslim nations as well as Germanic peoples in an invasion of Israel. This causes the elimination of those world powers to have any remaining political prowess on the world scene. It will take the Israelis seven months to clean up the dead or they will wait seven months to enter the battlefield to start the clean up. No one will be allowed to touch any of the bodies until the professionals have cleaned the area. Additionally the residue of the weapons will burn for seven years providing fuel for the cities in that region (Mountains of Israel). It is for these two aspects of this battle I believe nuclear arms will be used. The Hebrew words in these passages mean simply generic weapons such as missiles. They have been translated into arrows for example in ancient Babylon (597 B.C to 586 B.C.) when Ezekiel prophesied and knew only ancient weaponry.

When this happens the east and west will be brought together with the western democracies having superiority. This will be followed by a regional or economic division of the earth into ten separate entities each with its own leader. The Antichrist will rise as the eleventh leader. He will depose three of the ten and the remaining seven will submit to him in obedience. He will then be supreme leader of the entire earth's one world government headquartered in Babylon (Zechariah 5:5-11).
Posted by Scofield Prophecy Studies at 6:00 AM 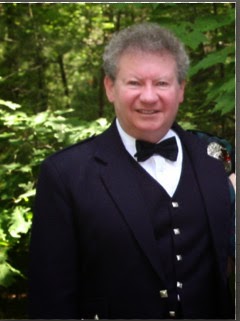